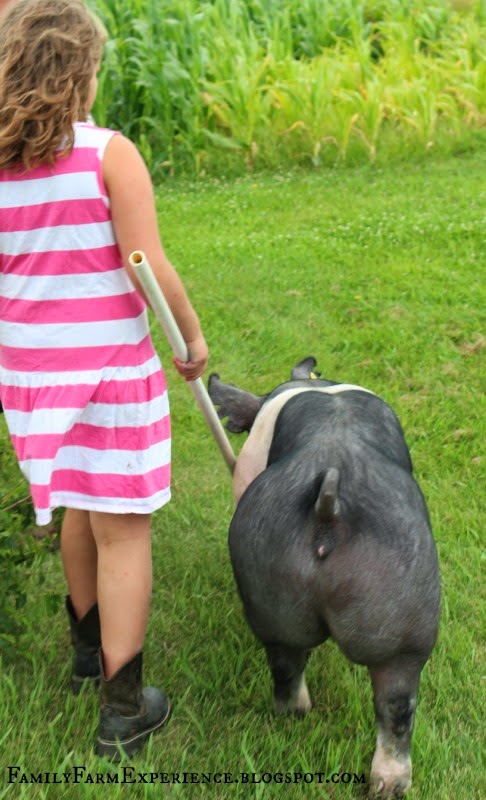 My husband and I grew up showing animals in 4-H. In fact, that is the first place I met him. We would often compete against each other in the cattle show ring.  The debate remains who placed better than who at the show. We do agree that 4-H was a very positive aspect of our youth and as soon as our own children were old enough we signed them up with the local club.
This is the first year that we have a full-out 4-Her. Until now the kids have been in Cloverbuds and got to enter contests for participation awards. This year Simon is able to enter the show ring and compete for the cherished champion ribbion.
When I was in 4-H I only ever showed cattle, but my husband also showed hogs. Conveniently  my brother- in-law raises show hogs so my children will get the experience of also showing beef and hogs like my husband. I have to admit that showing pigs is a lot easer than cattle and it's kind of fun. 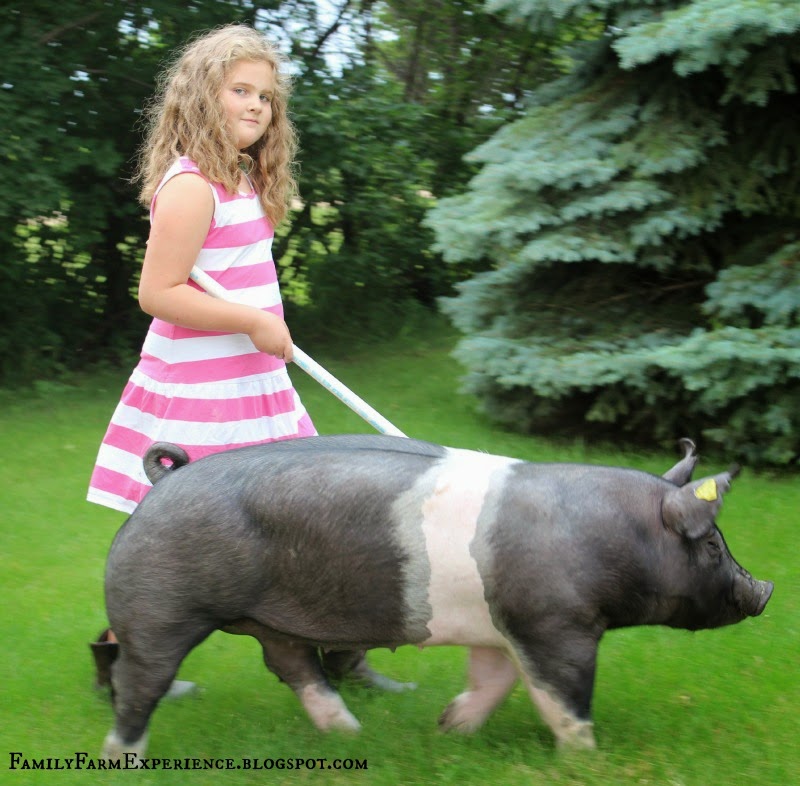 In these pictures we are walking the hogs around the yard. This is done so that the animals keep limber and move easily. As the animal gets more muscle they can get stiff and not move well which does not look ideal in the show ring. Walking the pigs also trains them to keep moving and how to respond to direction from the shower. In the show ring the kids need to direct the hog to keep it in the judges line of sight and show off the pigs best qualities.

The kids and I walk the pigs every morning and evening before they get fed and the pigs are learning this and are waiting at the gate to get out when we arrive. We enjoy our time walking the pigs and laugh every time they take off running. 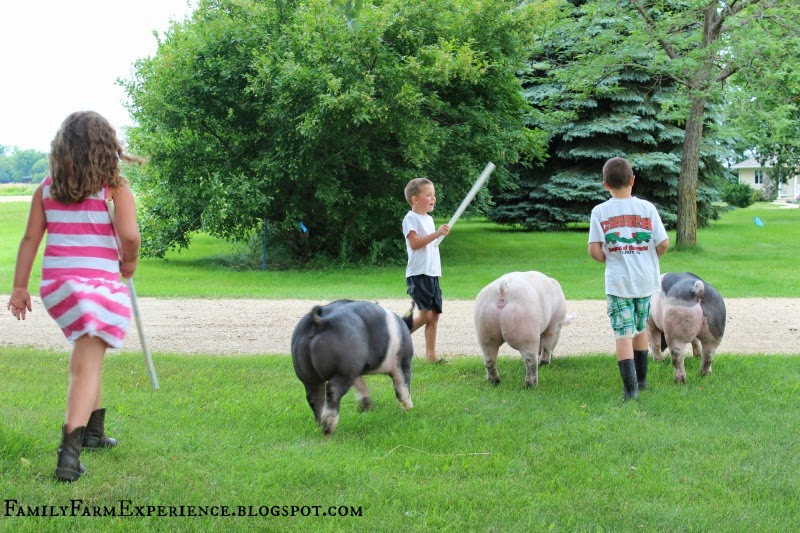 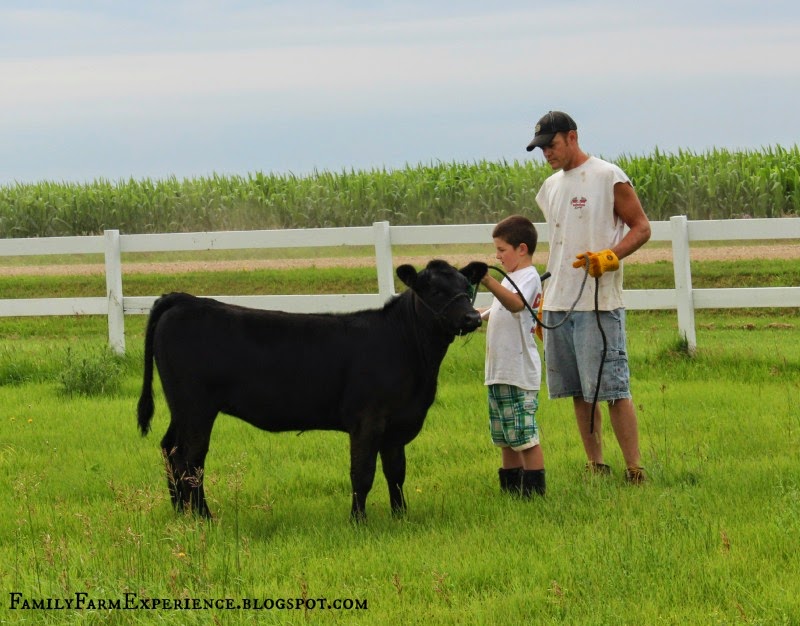 We are also working with two heifer calves that will be shown at the fair. They are becoming quite calm now but they are still strong and sometimes unpredictable so we take care while the kids are handling them. This year Simon will be taking the calves into the ring on his own and he is becoming more confident every day.  Showing cattle is much more involved than hog. With hogs you can try to direct the pig in the ring but for the most part they go where they want. With cattle you have to be in control of the animal at all times and also master the use of a show stick which is used to set the animals feet so they are standing in a flattering pose for the judge. Juggling all this can be a tricky thing for a new showman. We also wash the calves often first to keep them clean but also to encourage hair growth. On beef cattle full, thick hair is desired so you can have that fluffy calf look. After washing the calf we use a big hair drier to "style" the hair and have fans on them all day to keep them cool. Washing the animals also is another way to help them get use having humans working with them in different ways. 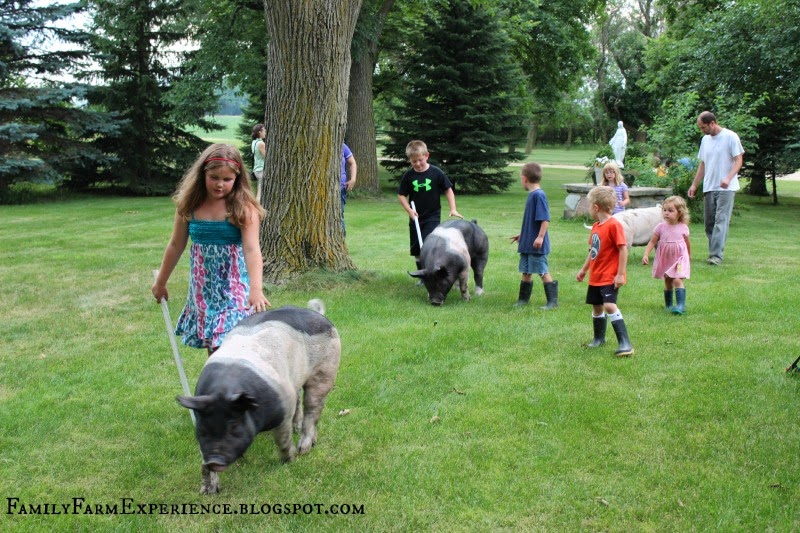 Last night we had some young kids from the 4-H club come practice showing hogs. These kids are in cloverbuds so they are able to show another 4-Hers animals and get a participation  ribbon. The kids had fun seeing the pigs and working with them. The pigs behaved themselves and everyone had fun. 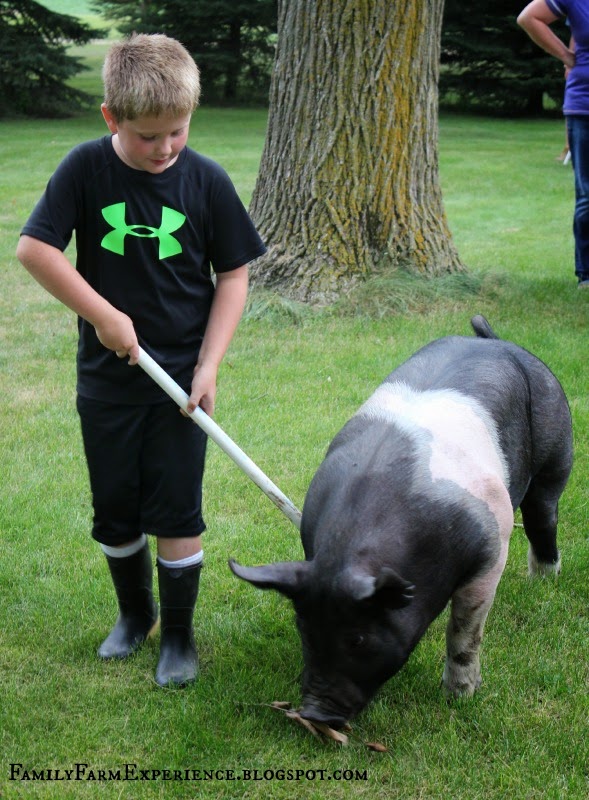 It is always nice to see children experiencing an aspect of agriculture that they might not have been exposed to before. Paul and I gave them some information on hogs which they might need to know in the show ring. Everyone is excited for the big show at the fair in less than a week. 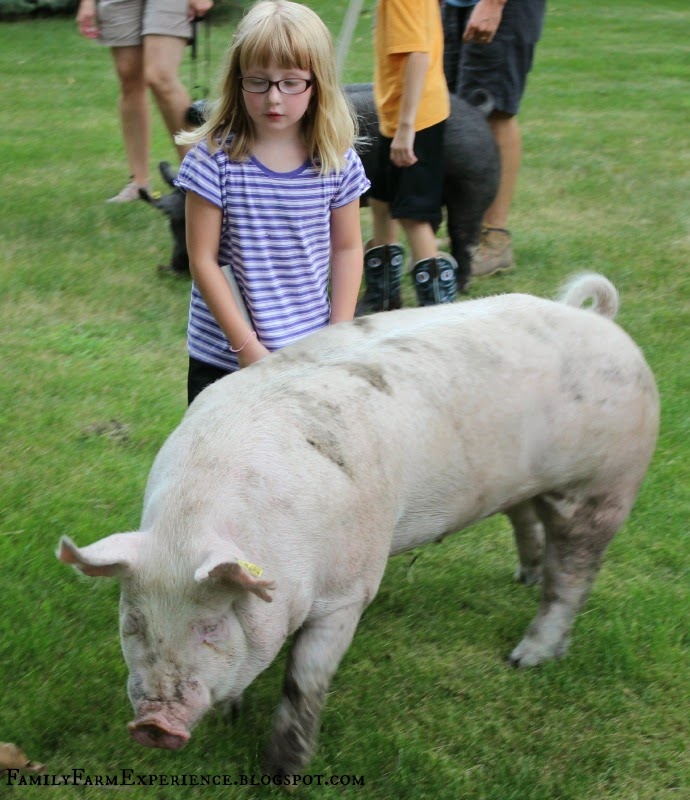 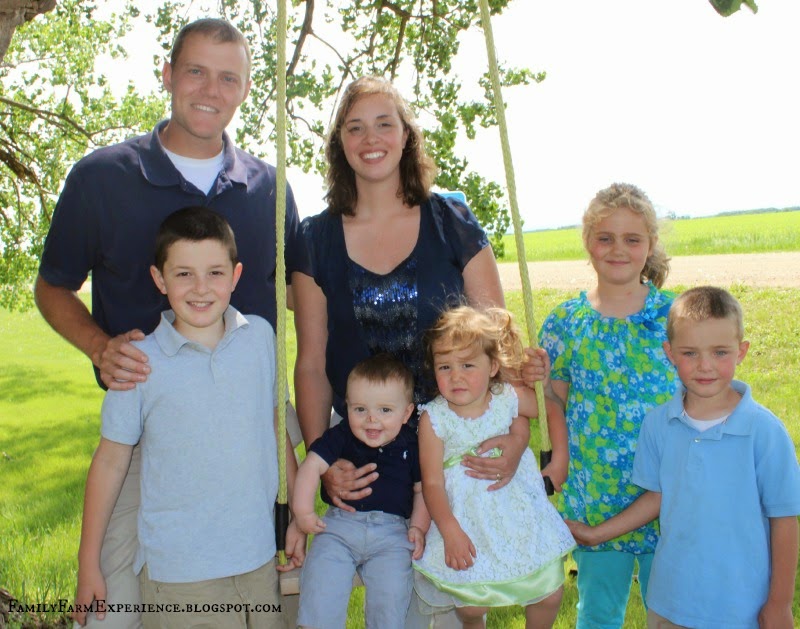 Hi I'm Ruth. My husband Paul and I along with our 5 children, Simon, Mary, David, Rose, and Luke live on a farm in Minnesota. We are both 3rd generation farmers. We raise crops and cattle on the farm and both have off farm jobs, myself as an RN at the local hospital and my husband as a Farm Busness Management Instuctor. It is a busy life but well worth it.

97% of America's Farms are Family Owned 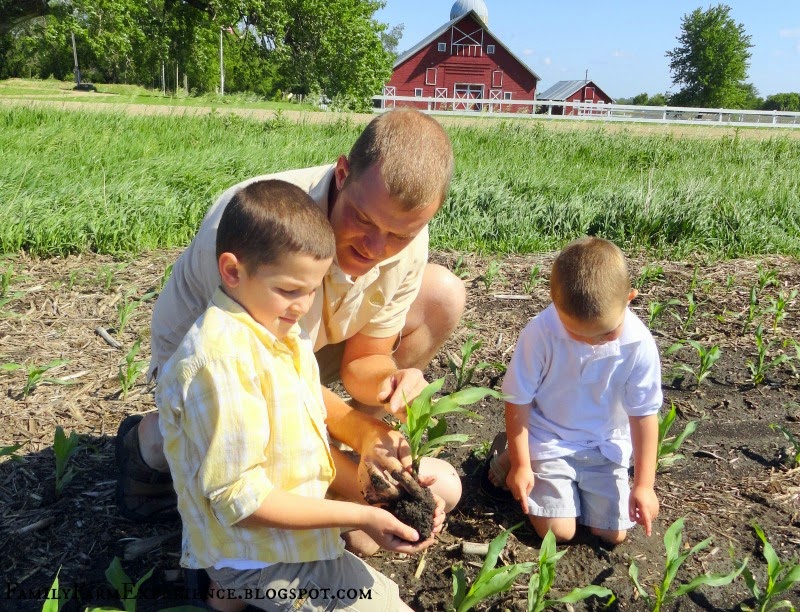 I would like to invite you to experience life on our family farm. We live in Minnesota and raise crops, cattle, and kids. We take all three of these charges in our life very seriously. I love life on the farm and my hope is that through letting you join us you can see the beauty of this life. Please visit us often and see what we are up to out here on the farm.